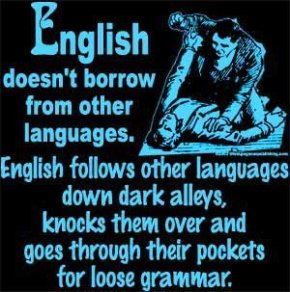 Dialogue…it’s far more than just words the characters say. Your dialogue defines the characters, conveys information, moves the plot forward and brings depth to both plot and characters. In essence, your dialogue will either make or break your story.

When you write your dialogue, you need to ask yourself, “Is this something they would say?” Is it out of character for them? Take Batman as an example (yeah, I know…I’m a nerd. What can I say?). Can you imagine Batman saying, “Well, Golly, Supes. I never would have thought of that?”

No…because it’s totally out of character. Now if Batman said something like, “Interesting. I hadn’t considered that.” It sounds more plausible. The same logic applies to your characters, as well.

One thing I like to do is to say the lines out loud. Speaking the dialogue lets you hear it and judge how it sounds. Now, if you write at your local library or coffee shop, this might get you more than a few strange looks from the people around you. However, in the privacy of your own personal writing sanctuary, you should be fine. Give it a try and see what I mean.

Another thing to decide about your dialogue is, “Does it add to the story?” If the dialogue adds nothing to the story, the character or the scene, then it’s not needed. Imagine an entire comic based on a conversation between Batman and Superman where they argue over a card game. Not only is it not interesting, it has nothing to do with the superhero theme. Dialogue for the sake of dialogue is just filler. In fact, it may take away from the story, not add to it.

Ultimately, you want your dialogue to serve a purpose. Even if it is just to reveal a detail about the character. Keep it vital, keep it simple and keep it on topic. If the character rambles on and on, you risk losing the interest of the reader. If you lose the reader, you are missing the chance to tell your story.

So, when you do write dialogue, remember. Keep it realistic and true to the character. Keep it on topic. Keep it simple…and read it out loud to hear how it sounds. If it sounds nuts, but it works…then it isn’t nuts.

Don’t forget that the dialogue isn’t just filler. It’s a vital and integral part of your story and deserves your attention. Writing good dialogue will add depth and believability to your characters. Master that, and you’re well on your way to great writing.

One thought on “Dialogue”