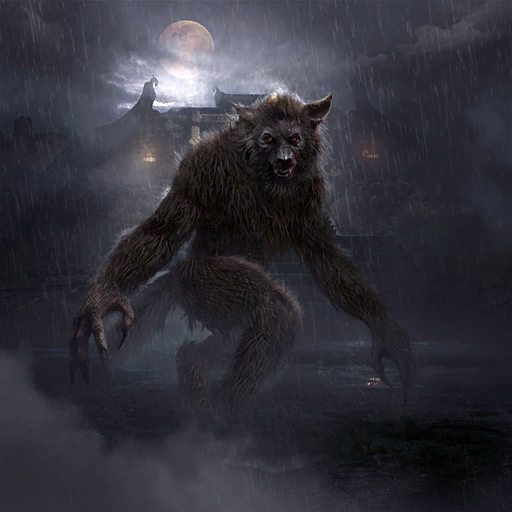 Thunderstorms in the Land Between the Lakes

The Land Between the Lakes National Recreation Area, also called LBL, covers over one-hundred and seventy thousand acres of thickly forested land, straddling the Kentucky and Tennessee borders. With over 300 miles of shoreline on the lakes, it is vast and an easy place to get lost in. The deep woods are dark and foreboding, even during the day. It feels like the perfect setting for a horror story. In fact, it already has many of its own.

If you haven’t heard of the Land Between the Lakes, then it’s likely that you’ve also never heard the story of the Beast of LBL. I could recount the story, but that’s for another time. You can go to YouTube and search “Beast of LBL” and find a trove of information. This story, if true, is absolutely horrifying. The truly scary part is all evidence points to the fact that it is. Eyewitnesses that have seen the creature, police officer testimony from the actual event, and dozens of corroborating sightings in the area lend credence to the story. There is a rich history of strange creature sightings in LBL. There are also many missing people associated with the park.

I drove through the north end of LBL when we first arrived here. The primeval feeling of the woods was palpable. There were places where it felt like I was driving through a tunnel. The trees cast the entire road in deep shadow, despite it being mid-afternoon with a clear sky. At times, you couldn’t see farther than a few feet into the trees in both directions. There was very little traffic there, giving it an eerie feeling where you felt like you were the only living thing for miles, despite there being a small town less than two miles away. Now, this might just be my cell provider’s coverage area, but my phone was useless inside LBL. I couldn’t get a signal at all until we were back across the lake and in town.

Oddly enough, while I was in the town, I saw more than a dozen deer casually grazing within twenty yards of people. However, inside LBL, I saw nothing. Not a squirrel, rabbit, or deer to be found anywhere. That isn’t to say that they weren’t there. I’m sure that they were, they were just far more skittish and stayed hidden. You can draw your conclusions as to why. It was strangely quiet inside the woods of the north end of LBL. My wife asked me not to stop the van on more than one occasion when I wanted to get a look at something. I’m going to go back in there tomorrow. She’s staying at the condo.

LBL is steeped in local lore, with tales of strange creatures, witches who cursed any who dared cross them, Native American tales of dark shaman shapeshifters, and many others. There are numerous abandoned homesteads deep in the woods, where the families were forcibly ejected from their homes by the government when they built the hydroelectric dam that changed the area drastically. Homesteads with a history dating back to the earliest settlers, some of which fought in the Revolutionary War. There are also many abandoned cemeteries in those dark woods.

The area was formerly known as the Land Between the Rivers. Even then, the area had a dark history. Legends that might have more basis in reality than we mere mortals are comfortable with. Now, as Land Between the Lakes, it seems that the stories only became more concentrated instead of stopping. The vastness of the LBL is daunting, to say the least. Still, there are numerous accounts of creatures like the Beast of LBL, outside the park. Across the lake and into the surrounding areas.

Knowing the story of the Beast of LBL, I came here to learn more for myself. I have an insatiable curiosity for all things macabre. I find solace in the darkness, safety in the storm. When I can’t sleep, I listen to YouTube videos of thunderstorms, and I sleep well. I’m not sure why. I just find it incredibly soothing. Like a balmy salve against the rest of the world. Despite the darkness, things just make sense to me when my senses are on full alert.

I wrote my Apex Predator Series, steeped in Native American lore. With that in mind, I knew that my search for the creatures known as the Oolonga-Doglalla would ultimately bring me here to LBL. When it comes to Dogman sightings, LBL is a hotspot. I’ve been researching this story for years and it beckons to me. It’s a mystery that I know I must explore, even if I never truly find those answers. When I started the series, I knew the Hotamétaneo’o would find their way here. I promise to do my best to describe the feelings that I have had and will experience here in LBL. Feelings you can’t get on a website. You must walk those dark paths to truly feel it.

While I freely admit that I write fiction, I have been an active researcher of cryptids, folktales, legends, and strange tales for many years. Specifically, I researched Bigfoot and Dogman, although I’ve been into Bigfoot for far longer. I’ve been reading books, talking to people, recording accounts, and visiting sighting locations for close to forty years. Most of the time, I never even told my own family about it because when you tell people you’re researching Bigfoot, even your own family thinks you’re crazy. Well, maybe I am. Maybe. Or…maybe not. I’ll let you decide for yourself.

I have collected accounts, tales, sightings, and legends for decades. I use those accounts to bring realism to my writing. I have based many of the events in my books on actual accounts and stories, as much as I can. This is what brings me to LBL. I visit these places to improve my writing and give you, dear reader, as vivid of a picture as I can. Although LBL is the first one I have blogged about directly, there have been other places. And there will be more. Many more.

I’m going back into LBL tomorrow for a more in-depth search. I will be taking more pictures and videos. Hopefully, they will yield interesting details that you will all find fascinating. Watch my blog, my Facebook pages, as well as my Discord and Patreon communities for more posts.  Join us in the Patreon community to help shape the direction of the D.A. Verse as well as allow me to keep providing content like this for you all. Check it out at www.Patreon.com/DARobertsAuthor

4 thoughts on “Thunderstorms in the Land Between the Lakes”